She: ya
i m back
Me: good…
so what about automatic chulha blower?

hello…
again you ran away…. 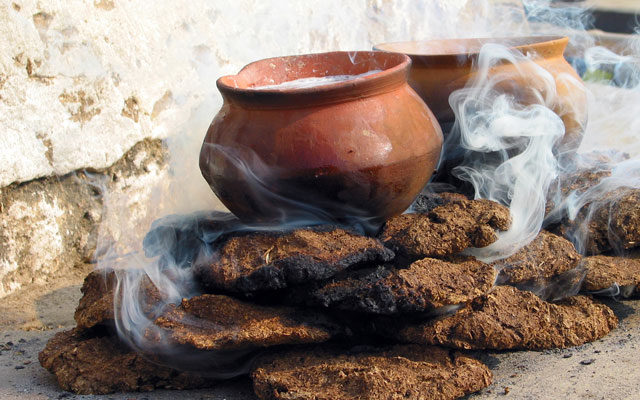 For those who don’t understand gobar, it is cow/buffalo dung and paathna is the technique where cow dung is made into small round bars or cakes to dry up. Dried dung is then used as a fuel for cooking in chulha (burner).

hey there, I am feeling really happy writing this blog. Things have suddenly changed. All the people that i was missing so much have misteriously called me and made up for the all the time they were lost. I wonder what triggered them to do this. Whatever it may be, I am really happy now. Looks like things are coming back on track. Will write more about it very soon. Take care. Bye

Hey it has been four days since my last post and thing’s haven’t moved on. However, I have had a really eventful 2days. Today, of course, I could easily afford to waste. I didn’t quite waste it though, just read State of Fear by Michael Chichton. It is really engrossing and I recommend everyone to read it. Now, going to a little flash back.

On 16th, I left for Jaunpur on a very short notice to pick up grand pa. My car was at the service center so I had to hire one and go. I decided I would take along Pratyush, my cousin. We left at around 1 in the afternoon and Jaunpur is a five and half hour drive from Lucknow when going via Sultanpur (NH56). We had lots to talk about. We ate lots of Lays, American Style Cream and Onion (missed you Abhishek…alot) on our way. We had planned to come back at night itself but by the time we reached, it was already dark and we were tired as hell. We decided to stay back there and move early morning. I so much didn’t want to stay back but I had to. Early morning, we left and our drive back to lucknow wasn’t all that happening since grandpa was with us. I reached lucknow by one, bloody tired ( Trust me, TATA Indica isn’t the car for such long rides in a hot weather). And then I came to know that I have to go to the Hyundai Service center to pick my car. Going there was a task since no direct transport is available to reach that part. After changing two autos and walking for 20mins in glaring afternoon sun, I finally reached the service center. Soon I realized, it wasn’t all that easy. I had to fight my way to the concerned person only to realize that they want the bill which was with another person who was supposed to be there too but hadn’t reached. After much calling, arguing and running around, I finally was given the gatepass to take my car home. I was reaching home when i gave the indication to turn left. Wohoo! The indicators weren’t working, at least the lights on the dashboard weren’t. Thought of going back instantly but then had to reach home, pick mom and go for a family function at the other end of the city. I reached home and in a rush to check for the indicator, i got out of the car. The car was on a slope towards left and so the driver door slammed shut. Bingo! I had locked my car with the fan on and my cellphone inside. I ran in the house, searched for an extra key but couldn’t find it. What totally pissed me off is that I found extra keys of all our earlier cars that we have sold ages ago but not the one we are currently driving. I called up papa ( I so much didn’t want to). He clarified that there is NO extra key to Accent, all have been lost somehow. I immediately called some people who could help me with this and one of them promised to send someone immediately. I waited for half an hour and no calls, no messages, no help coming. Meanwhile I tried all the tricks i could to open the car but it won’t open. Then I again called him up and he finally gave the number of a Hyundai Service center in Mahanagar. I called up and to my relief they sent someone at once. I understood that at that time of the day, for a biker, it will take around 40mins to reach my house from the heart of the city, Mahanagar. Meanwhile, my mom was getting ready in the hope that car would be ready soon and was asking me also to get ready. I was hardly interested in even taking a shower. All I would do is run to the car, give it a try to open as if it would suddenly open on its own. Then two guys reached and they instantly began opening the left rear door using a two feet long wire turned at the end to make it a hook. After two hours of useless trying, the fellow called another friend. Within 10seconds, he opened the door. Poor fellow was embarrassed. I instantly ran inside, switched off the fan and radio, and tried to start the car. Well, the battery had drained out and now it won’t start. I checked my cellphone, around 20 miss calls of different people. Where are these people when I am sitting idle the whole day. I called up my relatives to tell them about the delay in reaching. The guys pushed the car and started it, charged the battery and handed it over to me.
I, Mom and Pratyush left for the venue for Tilak ceremony. The drive to the venue was a mess because my indicators were not functioning. My bro had to shout and use hands to indicate to people on turns. I too had to do alot of multi tasking (phone in one hand to ask the directions, changing gear and steering the car with another hand, wished for another hand to give signals for turning. The way led to a very narrow street and alot of people walking there bumped in my side view mirror and abused me. It was a hassle man. But, I was glad we reached safely and were on time. Came back at around eleven and slept instantly. I was glad that the day had somehow ended.
Coming back to my solitude phase. I have not much improved on that front. I still don’t want to be disturbed by a majority of people. The irony is, the people that I want to be buzzed by, simply seem to have forgotten me totally. I also don’t feel like messaging them anymore. On a normal situation, I would have called up and made up. I am just hoping that I feel better soon. Will be back very soon to update about my situation. Till then, take care. Good bye.
April 15, 2009February 28, 2018 | cinedubey

I have suddenly become strange. I love being with people, talking to them, knowing them and making them laugh. I have a pretty good number of good friends and a large number of “Hey wassup….cool…chal see ya tk cre” type friends. Off late, I get annoyed when i get phone calls. I get even more annoyed when they instantly call back if don’t receive their call the first time. I log in to GTalk but really don’t feel like chatting with anyone. I can go and visit so many people here in Lucknow but I don’t. I just don’t feel like doing that. I was always afraid of being alone but now it seems, that’s how i stay peaceful. I feel surrounded by people yet I feel lonely. I look for a face that I can relate to, I look for a face that can understand me. I fail to see one, i simply fail to see one. And these are not people that nature, the so called “God” or circumstances have brought near me. These are people I have chosen to be with and i love them. Irrespective of what I feel right now, I still love all my friends, relatives and others. But to think of talking to them right now, I just don’t want to.
I delved deep into myself to find a cause for this. Can’t be really sure of one. A major one is that my life is on the threshold of a major change. The only problem is that it is taking a lot of time. Things have been vague for a long time now and they are still vague. When i speak to these people, i see a question in their talks if not asked straight away by them. Answering the same things to all of them is something I am not ready to do. Its not that they question me to trouble me. In fact, they are genuinely concerned and I appreciate this. I am hoping that things move fast now as they have been moving so far in my life. I hate to stand still. At the back of my mind, I know that this will go away as soon as I have some results in my hand and directions in my head. Till then, I have nothing to offer as an explanation to all those people whom I am avoiding these days. Have faith in me. I shall be alright, I shall be back and above all, I shall be successful.